The discussion regarding various educational options goes on here in Canada and I happened to mention one of the schools I was considering was a Catholic school. The ensuing carversation went like this:

La-la: "Hold up a minute there Mother - did you say, Catholic school?"

La-la: "Nope, nope just nope! I know that gang - they'll have us praying all day!"

Me: "Well you might have to learn a few prayers but that's hardly going to do you any harm is it?"

She was about to say something else when the Dude jumped in - very excited!

The Dude: "Oh! Oh! Wait a minute! The Catholics! Aren't they the ones with Jesus! Oh my God! That guy's so cool! Isn't he the one with the superpowers?"

Nobody got a chance to answer as he immediately answered his own question without pausing for breath.

The Dude: "Yes! Yes! He is! He can fly and everything! And he died and came back to life again! That guys so coooooool!"

And there you have it folks - I suppose you'd call that the power of Jesus - the ultimate superhero - at least according to the Dude. 😀
Posted by Unknown at 07:08 No comments:

Do You Ever Wonder?

Do you ever wonder just by saying something are you actually sending a big fat challenge out to the Universe or God or who / whatever runs this whole show??? You know the old adage - humans make plans and God laughs. Well, I'm thinking there's something else at work when certain humans (like me!) make a big statement or dare to express happiness - it seems to convert into a sort of inter-galactic alert and some celestial committee decides these particular humans seem to be far too content with their lot - and it's time to screw with them!


Honestly, it has been a delight to see the Dude so happy in his new school here in Canada. School and the Dude are not a natural fit and it has been a battle to get him to go ever since he started way back in Kindergarten.


I was fully expecting a complete nightmare sending him to a new school in a new country and at the worst possible time of year - final term. However, he has taken to the Canadian education system like a duck to water! And the day before yesterday I happily shared my delight at this fact with anyone who would listen! It would seem this was a mistake - I should have said nothing!

Yesterday came and it was a disaster! In his efforts to make friends at his new school he has played with both boys and girls and in the past few days has had great fun playing with two girls. So yesterday he was teased by some other girls and boys for playing with just these two girls.

In the past twenty-four hours we have run the gamut of emotions from anger, to sadness, to tears, and only a mixture of threats and bribes got him out the door this morning.

I hope he has a better day today, maybe even a good one but I'll tell you something right now - you won't hear it from me if he does!

A Moment Of Mad Mammy Madness

The Mad Mammy has finally made the move to Canada! Hence the reason for radio silence in recent months as I've been a bit busy...  Wrapping up one life and starting another isn't easy and thanks to a lot of incomplete information on the internet this move has been particularly complicated and a lot more work than I had anticipated!  However, I am finally at the point where I am looking at prospective properties to live in. So myself and the kiddies rocked up to a beautiful old property yesterday in a very nice part of town. 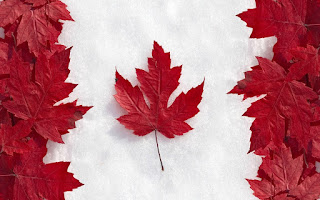 The property I looked at wouldn't normally be on my list as it's old - as in it's only ever been lived in by the people who built it - over seventy years ago! But it's in a great school catchment and my instinct tells me that its slightly shabby appearance means the owner just might allow dogs and there's two kids in this house who've been waiting a long time for puppies...

So I decided to give it a good shove so that I could then put some effort into pulling it towards me and getting the damned stubborn thing to close! Without further ado I put my considerable weight behind my hand and pushed that baby hard! And it moved! Actually everything moved!!! Everything as in the outside frame for the ancient double glazing - inclusive of glass! The whole feckin lot shattered to the ground!

I was mortified! La-la and the Dude were outside playing in the garden and heard the crash. They came running into the house and found me standing by the window with my eyes wide and my mouth stuck in an "O" position.

He didn't wait for my reply and turned and dashed down the stairs and out the front door.

La-la patted me on the shoulder and invited me to confess.

"What have you done now Mummy?" she enquired with puppy dog eyes.

Her answer came from below the window.

I immediately abandoned my half-plan of saying nothing... The whole neighbourhood knew my crime by now.

She shook her head, put her face in her hands and then patted me again with the words, "oh Mum."

The estate agent appeared behind her and enquired if everything was okay. I fessed up and La-la ran off to join her brother to inspect the damage. The estate agent was remarkably cool about the whole thing and completely brushed it off!

I'm standing there thinking the whole thing reminded me of a scene from one of the Omen movies and if it's a sign that I should run from the house now and never return! Only problem was, two minutes later the estate agent informed the kids that having a dog at the property wouldn't be a problem. La-la promptly fell at the woman's knees and started to worship her (I kid you not!) and the Dude proceeded to run around the garden, like the crazy coot he is, shouting, "whoop! Whoop! Puppies! Yeah! Whoop!"

Last night I dreamed of a giant Newfoundlander puppy jumping through a window and practically licking me to death in my bed! I think my fate has been sealed.