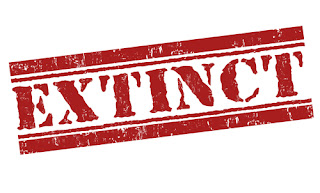 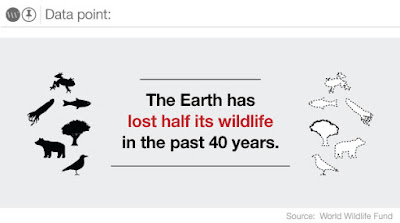 I have to admit to being somewhat confused as to Australia's film and TV classification system, especially the M category.  There is a plain old M and an MA both of which are aimed at "mature audiences" of fifteen years of age and over.  It's the plain old M that confuses me the most as it applies to some TV programmes where there is nothing that could be deemed offensive and then it applies to others that most certainly could. Please bear this in mind as I tell you the rest of my tale...

Sooooo, being from Ireland, a little bit of bad language is nothing out of the ordinary.  Whereas there are those that may find it offensive back in the ould sod, as a nation we are generally more accepting of it.  Now, as TV programmes go, it could be said that Mrs. Brown's Boys has an excessive amount of bad language and that observation would probably be correct.  However, as an Irish mammy, I don't have a problem with it and most certainly don't worry about protecting La-la and the Dude's little ears from language they will most certainly hear walking down any Irish street.

Mrs. Brown can also be somewhat rude on occasion but usually in such a way that younger viewers don't get the full meaning - at least not on any of the episodes I've previously watched.

La-la and the Dude have fond memories of our last trip to Ireland, sitting in their grandparents sitting room laughing themselves silly with Grandma and Grandad at Mrs. Brown's crazy antics.  So last night we were looking for something to watch on the TV and they spotted Mrs. Brown's Boys and shouted with glee, "Can we watch it?  Can we watch it? Puhleeeeeese!"  Somewhat wary but also somewhat homesick and craving a bit of Irish humour, I agreed.

The title of the episode was Mammy Rides Again and that's possibly where I should have taken my first clue from...

It was the episode where Dermot is getting married and Mrs. brown is banned from the hen party. But that doesn't stop our girl - oh no!  She discovers the venue and hatches a plan with her ever-ready partner in crime, Winnie, to crash the party in grand style.  This is where I should have taken my second clue that things were about to erm... how shall I put this... turn raunchy.

There were also plenty of other clues, such as her "innocently" offering the plumber part-payment for the installation of her new toilet with a blow-job!

I was somewhat alarmed at this but assured La-la and the Dude that I hadn't a clue what that meant or why it was so funny!

We continued watching, me content in the knowledge that the worst had already passed.  Then the action switches to the pub and just as Winnie discovers it's not actually the venue for the hen party but a funeral is being held there, our heroine - the one and only - Mrs. Brown, comes riding into the party with a giant inflatable penis between her legs!

My eyes pop and my mouth drops!  I look at the kids to see if they have any understanding as to what they are looking at.  Both of them look puzzled.  La-la looks at me and says, "what is that?"

I look at her, dumbstruck, not sure what to say.

I didn't think my eyes could pop any more but they did!

"Don't be silly," I announce, with more than a nervous tremor in my voice, "why would she be running around on a giant willy."

"I don't know," the Dude replied very matter of factly, "adults are weird and she's crazy!"

Thankfully the on-screen action switched back to the morning after, back at the house, whereupon Mrs. Brown announces, "oh shit, I left my dick in the taxi last night."

La-la's eyes go wide and she declares, (totally bewildered) "oh my God, it was a willy!"

At this stage I suggest it's time to go to bed but my children are having none of it.

So far my feigned innocence and lack of alarm has resulted in them having no idea as to the sexual meanings of any of the terms or props being used and I suspect if I start making a big deal about going to bed they (or at least the Dude!) will smell a rat.  So, I tell myself that surely the worst really is over and there's only a few more minutes to go so what else could possibly happen?  What else indeed...

A few minutes later Rory's boyfriend ends up with his trousers around his ankles, revealing his fishnet stockings and suspenders.

The Dude looks at me with a "what the hell" expression on his face and La-la is open-mouthed and can't take her eyes off the screen.  It's obvious she is trying to make up her mind as to whether to believe her eyes or not.

God only knows what I look like at this stage.

La-la turns and asks, "what the hell, why is that guy wearing women's stockings?"

I decide there's nothing for it but to tell the truth, after all these are the kids who wanted to know why the lovely lady serving us lunch talked like a man when we were on holidays in Thailand.

La-la looked back at the television nodding her head slowly as if she needed to give this some more thought.

I started to laugh and soon the credits started to roll on the screen.  The kids thought I was still laughing at Mrs. Brown's new toilet exploding, and I was, but it was as much from relief that the whole roller-coaster of a show was over!

I've since given the M rating a new classification - Maybe Not! Especially when it comes to crazy Irish mammies.